The Song of the Nibelungs

How a beautiful women brought down the Burgundian people 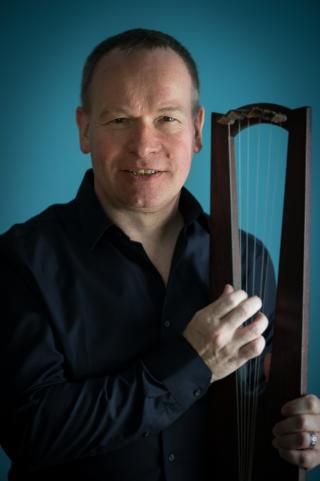 Great heroes, Hagen, Dietrich of Berne, Hildebrand, Gunther, Siegfried – all were tied up in battle, when Krimhild broke with all conventions, in order to unleash all her feelings of love, hatred and revenge.

Performed as oral poetry, told and sung, this Epic regains its original power and captures the audience as 800 years ago.

Michael Dollendorf received his musical training at the University of Michigan, Ann Arbor. He has since performed with many well-known ensembles: Les Arts Florissants in Paris, the Smithsonian Chamber Players in Washington, D. C., and with the Philharmonia Baroque Orchestra in San Francisco.

At the University of Bonn, Germany, he read old languages at the German and the English department with Manfred Kaempfert, Christoph Cormeau, Monika Unzeitig and Karl Reichl. He has done extensive research on oral poetry and traditions of storytelling. His programs are in Old High German, Middle High German, Gothic, Old Saxon, Old English, Middle English and Provençal.

He accompanies himself on harps, psaltery, lyre, fiddle and various types of hurdy-gurdy.