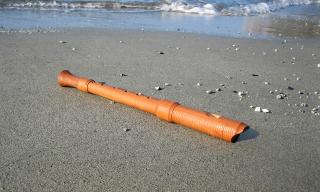 Music by Toru Takemitsu, Astor Piazzolla and Heitor Villa-Lobos for flute and guitar

Toru Takemitsu was one of the most versatile Japanese composers of the 20th century. Many people know him from the soundtracks he composed for movies like 'RAN' by Akira Kurosawa. One of his greatest pieces is 'Toward the sea', inspired by Melville's novel 'Moby Dick' scored for flute and guitar. He wrote much more chamber music for flute and guitar, his favorite instruments, modeled on Japanese, Latin American and Pop music , like songs by the Beatles.  Astor Piazzolla was the inventor of Tango Nuevo and brought it from the dance hall to the concert stage. We choose a dozen of his tangos and play them together with pieces by Heitor Villa-Lobos and other composers from South America.