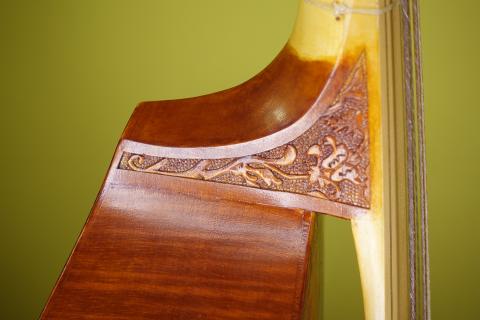 Henry Jaye was one of the most important viol makers of the early 17th century. Based in Southwark on the Thames, right opposite of the City of London and connected via London Bridge, his name is recorded from 1606 until 1636. 22 viols of his survived, some in original condition, some heavily altered, but we get a very good idea about his craft, his style, his workmanship.

His treble viols (12 or them) vary in body length from 32,7 - 43,6 cm. It is obvious that they can not have been instruments played together in the same consort. The most important decision to be made when planing a consort is the size and string length of the bass. This has to fit the pitch to be played at and it will directly determine the sizes of the other instruments. Our favorite pitch for English 17th century music is 406 Hz, the pitch most Renaissance consort flutes from this period are at and very close to the pitch French woodwind makers like Peter Bressan brought over from France again towards the end of Henry Purcell's lifetime.

The largest Jaye original is a bass from 1621 with 80 cm string length from the collection of Cristophe Coin. A perfect Division viol (smaller Bass) from 1619 with 76 cm comes from the collection of Dietrich Kessler. A large tenor from 1624 has 64 cm. It was transformed into a small 7-string bass in France, but in our eyes it is a large tenor. A small tenor with 60 cm has been reconstructed. A large treble from 1629 with 43 cm is at the Germanisches Nationalmuseum in Nürnberg. A small treble with 40 cm needs to be reconstructed.

I'm happy to call Marco Ternovec a friend. He build the first instrument for me in 2001 and several followed. A 6-piece consort is a big commitment one makes just if one is totally convinced that artistic quality and perfect craftsmanship can archive highest standards. With Marco I'm absolutely sure of the outcome.

This consort will have a big impact on my playing, teaching, the workshops, the Summer School. We'll have the luxury to play on matched instruments, all build to be played at the same pitch, all strung in pure gut. 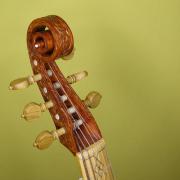 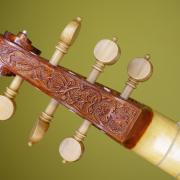 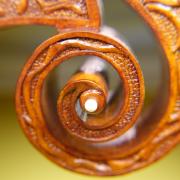 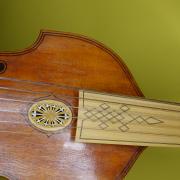 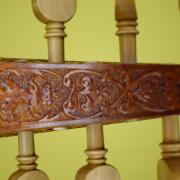