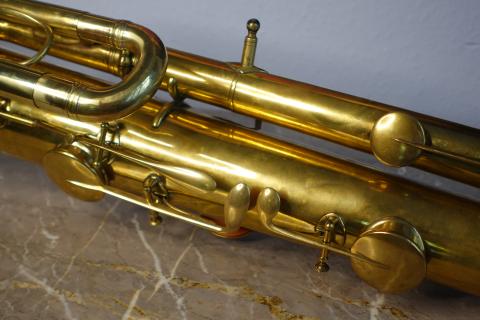 The ophicleide was invented / patented in 1821. It is a much more agile instrument than the bass trombone, which was the only low brass back then. If you translate the name it means 'keyed serpent'. The serpent had been around since the 16th century. In France it played an important role in church, being the only instrument to play along with chant and to provide a strong fundamental pitch for the singers. Unfortunately it was quite fragile, made from thin wood, and semitones needed to be half-holed or forked like on a recorder, resulting in uneven tones. A method from 1846 (Projean, Lyon, Méthode complète d'ophicléide pour l'accompagnement du plain-chant) shows how long this tradition was followed.

Jacques Charles Labbaye was active from 1818-1848 in the Rue de Grenelle nr. 39 in Paris. His son Jacques Michael Labbaye was also working in the shop and got a patent in 1822 on a 10-key ophicleide, the kind of instrument I play. It is signed with the fathers mark 'LABBAYE BREVETÉ À PARIS' and a crown. The son later went on signing his instruments 'LABBAYE BEREVETÉ DU ROI Á PARIS'. The way how the keys are mounted indicates that my instrument was made between 1822 and 1830.

It was played for over half a century in France. In Italy it gave way to the cimbasso, in Germany to the tuba (which was patented in Berlin by Wieprecht and Moritz in 1835).

Being trained as a bassoonist and also playing sackbut for ages, I was always very interested in other low wind instrument: serpent, basson russe, cimbasso, ophicleide. I consider it a great privilege to be the caretaker of this wonderful instrument, that is about 200 years old. Fortunately there is also Jake Kline from The Berliner Tuba in town, a great craftsman, who managed to get the tuning slide working, that had been frozen for at least 50-70 years according to his estimate.

Due to the fact, that it was invented in France and was taken on by the Conservatoire, a great wealth of information, methods, studies and orchestral parts survives. It is much easier to access this 'early instrument' than the woodwinds from the 17th and 18th century, which need much more informed guesswork. 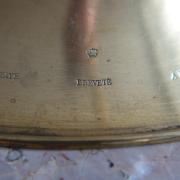 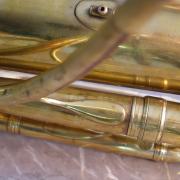 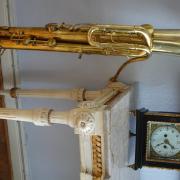 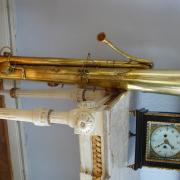