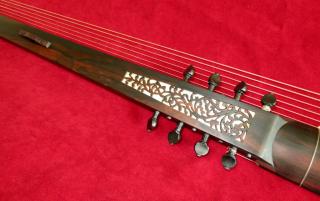 The Baroque Workshop Summer School 2020 will take place in the historic town of Wolfenbüttel, home to Michael Praetorius and Johann Rosenmüller. Also Johann Theile, Reinhard Keiser, Johann Adolf Hasse, Carl Heinrich Graun, Wilhelm Friedemann Bach and many other great composers were linked to this most important art loving court. Today it is known for the Herzog-August-Bibliothek, one of the greatest libraries in the world. The churches were Praetorius and  Rosenmüller worked and are buried still stand and the town is absolutely charming, nothing more then a short walk away.

We shall focus on chamber music from the period of Louis XIV and recreate the music played in the king's private chambers. Low French instruments will be called for. Since traverso players who are serious about French music usually have an early three piece flute at 400 Hz (French chamber pitch) or 392 Hz (French opera pitch), we'll provide harpsichords at these two standards. Viols and lutes can tune down with ease.

The following collections are are most important:

This Summer School is dedicated to 17th century French music from the court of Versailles. It is open to music students and musicians who would like to immerse themselves into this world for a week.

French music should flow with the same ease as the language. This doesn't happen if the 'Agréments' or embellishments are not in place. They are not ornaments as in the Italian style but more 'wesentliche Manieren' as the Germans put it, and they can't be left out to make it simple. This is often confusing to players who come to French music after studying other styles.

Morning classes will be with your principal teacher. Here individual lessons can be arranged and the chamber music parts can be prepared. In the afternoon ensembles are formed every day to work on chamber music.

It was in France that the newly developed three piece flute with a keyed foot was first introduced to chamber music. The most important makers were the Hotteterre family who started to build modern woodwinds around 1640,  Jean-Jacques Rippert (* around 1645 - †1724 in Paris), Pierre Naust (* around 1660 - † 1709 in Paris), Pierre Jaillard Bressan (in England: Peter Bressan) (*1663 in Bourg-en-Bresse - †1731 in Tournai). Their instruments reflect the chamber pitch (400 Hz) and the opera pitch (392 Hz and lower). Recorder players with voice flutes at these pitches may also sign up. You need to read French g clef.

We'll focus on the music of de la Barre, the 'Pièces en trio' by Marin Marais and the 'Pièces de Theorbe et de Luth' von Robert de Visée, published as open score in 1716. There are SPES facsimiles of this music available (via Edition Walhall) or you find it on IMSLP.

Marin Marais (1656–1728) is one of the greatest musicians ever at Versailles. His five book for viol provide the backbone of the repertoire, but we will also look at his 'Pièces en trio' and the chamber music by de Visée and others.

Robert de Visée was the most important player of these instruments and the guitar teacher to the king. Solo suites can be worked on in the individuall lessons. But the theorbo was also a most valued instrument for chamber music and contiuno playing. We'll work on the 'Pièces de Theorbe et de Luth' von Robert de Visée, published in staff notation in 1716 and on the 'Pièces en trio' by Marin Marais from 1692.

Louis Couperin, Jean-Henry D'Anglebert and Élisabeth-Claude Jacquet de La Guerre are the composers of this early period in Versailles. All their works can be brought in for the individual lessons. There will be lessons on French style Basso continuo playing and the sources covering it.

We work at the French chamber pitch (400 Hz) and French opera pitch (392 Hz or below). Harpsichords will be provided, theorbos, guitars and viols can tune down.

The workshop starts with a reception at 4:00 pm on Sunday 16 August at the Prinzenpalais, followed by a guided tour through town and some music making in the evening. We'll point out the locations were the classes will take place. Besides the Prinzenpalais this is the Villa Seeliger used by the Landesmusikakademie Niedersachsen. It's a 5-10 minute walk between these locations. The Prinzenpalais has no weelchair access. If you have special needs, please tell us before you register and we see how we can accommodate you.

Price: the Baroque Workshop Summer School is € 480,- for the week. Active participants only. There is no such thing as 'just sitting in as a listener'.

Staying there: There is a Jugendgästehaus, a Bundesakademie, many hotels, holiday apartments and a campground. Please arrange for your own housing according to your needs and budget. Jugendgästehaus is very nice and close to the Villa Seeliger and the Rosenmüller church, the Hotel Bayrischer Hof is the most central, the Park Hotel the most fancy.... your choice....