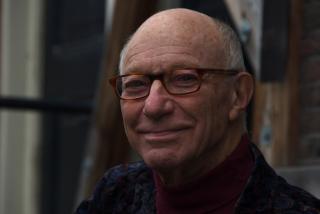 The Baroque Workshop Summer School 2019 will take place in the historic town of Wolfenbüttel, home to Michael Praetorius and Johann Rosenmüller. Also Johann Theile, Reinhard Keiser, Johann Adolf Hasse, Carl Heinrich Graun, Wilhelm Friedemann Bach and many other great composers were linked to this most important art loving court. Today it is know for the Herzog-August-Bibliothek, one of the greatest libraries in the world. The churches were Praetorius worked and were Rosenmüller is buried still stand and the town is absolutely charming, nothing more then a short walk away.

This Bach Cantata Summer School is dedicated to the arias and duos with more than one obligato instrument. It is open to music students and musicians who are regularly involved with cantata performances in their church music environment or who like to train for this.

Singing and playing Bach is always a challenge. Glorious music by a composer who didn't really care about the problems he created for singers or instrumentalists by writing in certain keys or ranges or by transcribing, transposing and re-using older material. Whenever asked to do a cantata performance on short notice you feel a rush of adrenalin, since any of these pieces may present you with a number of challenges.

In formal conservatory training there is little time spend on the cantatas. This is why we want to focus on them. There are about 130 movements to choose from. A repertoire list will be send around at the end of the registration period, since it will depend largely on the singers and instrumentalists who sign up which music can be done, but all will follow the same outline: one singer and two or more obligato instruments plus Basso continuo or two singers and one or more obligato instruments plus Basso continuo. Our registration period ends on 15 June 2019. You'll know the repertoire for your voice or instrument two month before we start.

Morning classes will be with your principal teacher. The singers can do recits, the oboists can work on reeds, viola d'amore players can work on tunings and set-up etc. In the afternoons we work on the movements chosen and coach the groups that form for this new every day.

For the singers we offer the unique opportunity to work with celebrated baritone Max van Egmond, who recorded this repertoire with Gustav Leonhardt, Nikolaus Harnoncourt and many others several times over. Come and learn to sing like a chamber musician. Add text and meaning to a highly complex musical texture. From the singers we would like to get a short recording, audio or video, so Max can choose the group to work with. His class is open to up to twelve participants. Also he insists that everybody is working on recitatives.

For instrumentalists things were very different than today. Bach had his trusted Stadtpfeiffer who were most experienced multi-instrumentalists. Especially instrumental parts rarely called for like a horn doubling the Cantus firmus you find on the back side of some other string or wind part and we can assume that two or three instruments were played by the same musician within the same performance.

For oboists Bach wrote some of the most rewarding parts ever. But you have to switch to Oboe d'amore or oboe da caccia a lot. Bring all your instruments and take Frédérique's expertise to solve problems and improve.

Recorder players are in the fortunate situation that Carus publishers just came out with a four-volume-edition of all parts Bach ever wrote for the instrument. Maybe you want to start working on this in your daily practice. Also look at the Bärenreiter (BA 6414) edition which has the vocal line.

Flute players will find it strange that Bach wrote so much beautiful chamber music in his earlier years, but that the flute didn't enter into the sacred music until 1724, his second year in Leipzig. There is a two-volume collection (BA 7400/7401) to get started.

Bassoonists find just a few multiple obligato passages (BWV 65 Aria 4, BWV 71 Aria 4, BWV 149 Aria 6, BWV 155 Aria 2, BWV 177 Versus 4, BWV 197 Aria 6, but are called for among the Basso continuo players. Especially if there is a small organ, the bassoon can add a lot of definition and precision to the somewhat slow speaking Gedackt organ pipes.

Lute obligatos are rare. Among the cantatas it is just used in BWV 198. The lute was not an instrument played by the Stadtpfeiffer but we know that Bach's predecessor Johann Kuhnau requested in a letter to the city council dated 1704 that a 'Colochon' should be purchased for each of the main churches to play Basso continuo. Here we have an instrument capable of giving a strong and precise impulse in a muddy church acoustic. Later in the century composers like Telemann wrote concerti for it and marked the parts 'Colachon o Fagotto'.
The lute players can focus on continuo playing and on the solo repertoire by Bach and his contemporaries.

Harpsichord and organ are most important for the cantata performances, also because so many figured parts survived and we have a good knowledge of what was going on. Small chamber organs like the ones that have been taking over since the 1970s certainly didn't exit in Bach's time. It was the big organ that was used and whose 'Chorton' high pitch set the standard for the performance, especially for the opening and the final choral. These transposed organ parts are figured carefully which lets us assume that Bach gave them to one of his assistants. He himself would have used the score, that has no figures at all or a figured continuo part at chamber pitch on the harpsichord. This are the Arias we might be able to tackle: BWV 27.3 (harpsichord), 35.4, 47.2+4, 49.2, 63.3, 71, 146.3, 169.3+5, 188.4.

We work at the modern neo-baroque standard pitch of 415 Hz, since most players will have instruments at this pitch, even though it is quite different from the various places of Bach's work.

Registration ends on 15 June 2019 but we work on a first come first serve basis. Please sign up early. It helps us a lot with planing the repertoire and safes us from surprises like having 11 sopranos, 1 viola, 4 sopranino recorders and an organ player.

The workshop starts with a reception at 4:00 pm on Sunday 18 August at the Prinzenpalais, followed by a guided tour through town and some music making in the evening. We'll point out the locations were the classes will take place. The Summer School classes are 9:30 am - 1 pm and 3 - 6 pm. During the week we'll offer more tours or guided visits to the library and to the main churches. The Summer School ends with a final concert from 3:00 - 4:30 pm on Sunday 25 August.

On the weekend 17/18 August some selected instrument builders are invited to present their work. For the participants of the Renaissance week the chance to get a dream instrument might come a little late, but for those who stay on for the Baroque week there is a chance to find exactly the flute or violone you always wanted! This little exhibition is open Saturday and Sunday from 11am - 5 pm. There is a final concert of the Renaissance week on Saturday afternoon, if you arrive early - here is your chance.

Price: the Baroque Workshop Summer School is € 480,- for the week. We reserve the right to cancel the class is there aren't enough registrations. In this case the full amount will be refunded. Participants can cancel until 1 July 2019 and get a refund. If you have to cancel thereafter, you are free to send somebody else to take your spot and replace you but we can't pay you back.

Getting there: Wolfenbüttel is a 5 minutes train ride south of Braunschweig. If you fly into Berlin it takes about 2:30 hours to get there, from Hannover it's just an hour.

Staying there: There is a Jugendgästehaus, a Bundesakademie, many hotels, holiday apartments and a campground. Please arrange for your own housing according to your needs and budget. Jugendgästehaus is very nice and close to the Rosenmüller church, the Hotel Bayrischer Hof is the most central, the Park Hotel the most fancy.... your choice....